Home » Activities and the area » Excursions 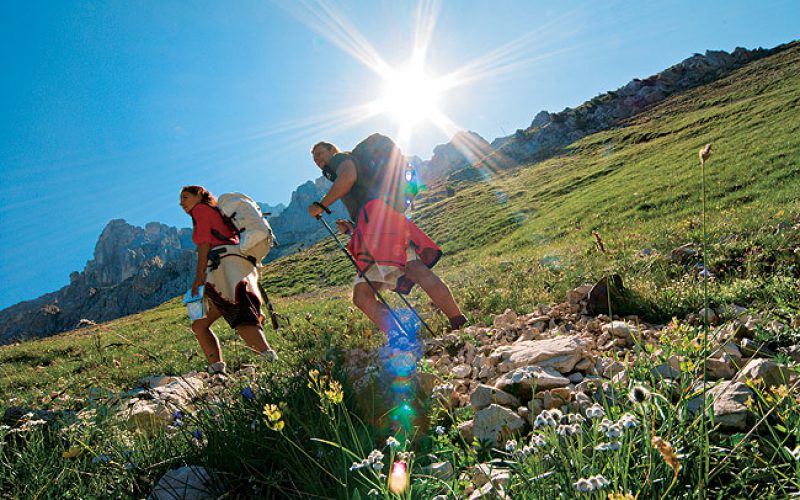 The cities of art

Lucca is located on the plains at the foot of the Alpi Apuane and is less than half an hour from the coast of Versilia. It is easy to reach both by car and by train from Pisa and Florence. The city walls have been exceptionally well preserved despite growth and modernisation. Since they no longer play a military role, they have become an important pedestrian area which is perfect for lovely long walks. Don’t miss the Roman amphitheater in the form of Piazza dell’Anfiteatro, the archaeological remains found under the church of San Giovanni and Reparata dating from the twelfth century (the first cathedral in the city, located behind the corner of the current Cathedral of San Martino) and the various towers and villas built between the twelfth and sixteenth centuries.

Pisa, the city with the leaning tower

Once you have admired the Leaning Tower of Pisa and the beautiful Piazza dei Miracoli from every angle, make sure you visit the other monuments on the Piazza: the Cathedral and the Baptistery. Along the edge of the piazza you will also find the Camposanto, the Museo dell’Opera del Duomo and the Museo delle Sinopie. Go for a lovely walk along the Arno towards the ancient Palazzo dell’Orologio and Piazza dei Cavalieri, once a place where the power of the city was centralised and then the headquarters of the Order of the Knights of Santo Stefano. In the Palazzo della Carovana overlooking the piazza you can also find the prestigious Scuola Normale di Pisa.

Florence, birthplace of the Renaissance

Florence represents the fulcrum of the intellectual, artistic and cultural heritage of Tuscany, to not say of Italy. When visiting Tuscany, you must include Florence on the agenda – a walk through the historic center, a visit to Piazzale Michelangelo, or the Ponte Vecchio, and then a walk along the banks of the River Arno. Just like you can’t visit Florence and not visit the Museo degli Uffizi, the Accademia and the imposing Palazzo della Signoria. The churches of Santa Croce, San Miniato, Santa Maria Novella and San Lorenzo are home to some of the most important and famous tombs, mosaics and frescos in the world, while the museums will enchant you with their works of art, the marble and bronze sculptures and the numerous artistic treasures will amaze you.

Siena, the medieval city of Tuscany

Siena, located in the heart of Tuscany and surrounded by hills, is one of the most beautiful medieval cities in Italy.
The heart of the city is the famous Piazza del Campo, with its distinctive shell shape, where the famous Palio is held – one of the most important annual events for all Sienese people. Siena’s Palio is a very passionate horse race which takes place every year in July and August and its origin dates back to the seventeenth century. The Palazzo Pubblico, as well as Siena’s Duomo, was built during the Governo dei Nove, which was Siena’s period of maximum economic and cultural splendor.

L’Antro del Corchia has an extension of over 70km of tunnels and wells, with 1,200 meters of maximum difference in height: a system of karst conduits developed in 2 cubic kilometers of rock, making it Italy’s largest underground complex and one of the largest in Europe.
Visitors will be accompanied within the karstic complex by professional operators, who will guide guests with information on the topics of geology, karst and caving. The route runs for about 2km inside the cave thanks to a combined system of steel walkways and passages on the natural rock, which have a very low environmental impact, allowing you to enter the heart of the Apuan Alps in complete safety.
Find out more at www.corchiapark.it.

La Grotta del Vento is located in northern Tuscany, in Garfagnana, in the center of the Parco delle Alpi Apuane, in an area full of spectacular and interesting karstic phenomena. Here the atmospheric agents incessantly dig, sculpt and shape the limestone rocks, giving rise to majestic natural sculptures, such as the Panie massif, the enormous natural arch of Monte Forato or the stone falls and the crevices of the Altopiano della Vetricia.
Immersed in this suggestive setting, the Grotta del Vento offers an exceptional variety of aspects of underground karst ranging from alive and bright stalactites and stalagmites, to lakes, waterways, forms of erosion, mud formations and even perfectly vertical wells that can be visited via easy pathways.
The choice of various itineraries makes it an ideal destination for individuals, couples, families, school groups or adults, gatherings, etc.
Find out more on www.grottadelvento.com.

The Cinque Terre are one of the most beautiful natural Mediterranean areas in Liguria. They are found along a coastal stretch of Levante about 10km long which is characterised by the presence of the five ancient villages overlooking the sea (Monterosso, Vernazza, Corniglia, Manarola and Riomaggiore).
Isolated by nature from the main communication routes, they have been able to maintain their urban structure virtually unchanged over the centuries and thanks to the geographical features of the territory, they are one of the most attractive tourist destinations in Liguria, and lately in the whole of Italy. The naturally hilly and rugged terrain is softened by the construction of steep terraces which slope towards the sea. The Sentiero Azzurro, a hiking path that stretches along the coast, connects the Cinque Terre villages with each other and offers splendid views of the sea. The ports are crowded with fishing boats and in traditional restaurants you can try local seafood specialties, as well as the famous Ligurian condiment: pesto.
In 1997, The Cinque Terre area was included by UNESCO in the “WORLD HERITAGE LIST” (List of World Heritage Sites) and therefore it has been recognised as one of the most beautiful natural sites in the world.
For information on maritime transport, timetables and fares visit www.navigazionegolfodeipoeti.it.